Skip to content
Club Historydirected2021-01-25T02:08:31+00:00
CLUB HISTORY
SPONSORS
VENUE LOCATION
CLUB CONSTITUTION
CLUB CALENDAR
EVENTS
PHOTO GALLERY
CONTACTS
WELCOME,
to the Essendon Tennis Club.
The Essendon Tennis Club is located at Clifton Park Reserve, Batman Street, Essendon, Melbourne. Voted by Tennis Victoria in 2008 as one of the top twenty tennis clubs in Melbourne, the club was founded in April 1883 in Moonee Ponds. In February 1887 the then Secretary, C S Shuter asked the Council for sufficient ground to erect a pavilion and tennis court at the Essendon Reserve, the present home of the Essendon Football Club. In 1971 an agreement was made to amalgamate with Aberfeldie Tennis Club at Clifton Park with a new pavilion and 4 more courts – bringing up to standard, 10 courts, making Essendon the largest tennis club in the northern suburbs. 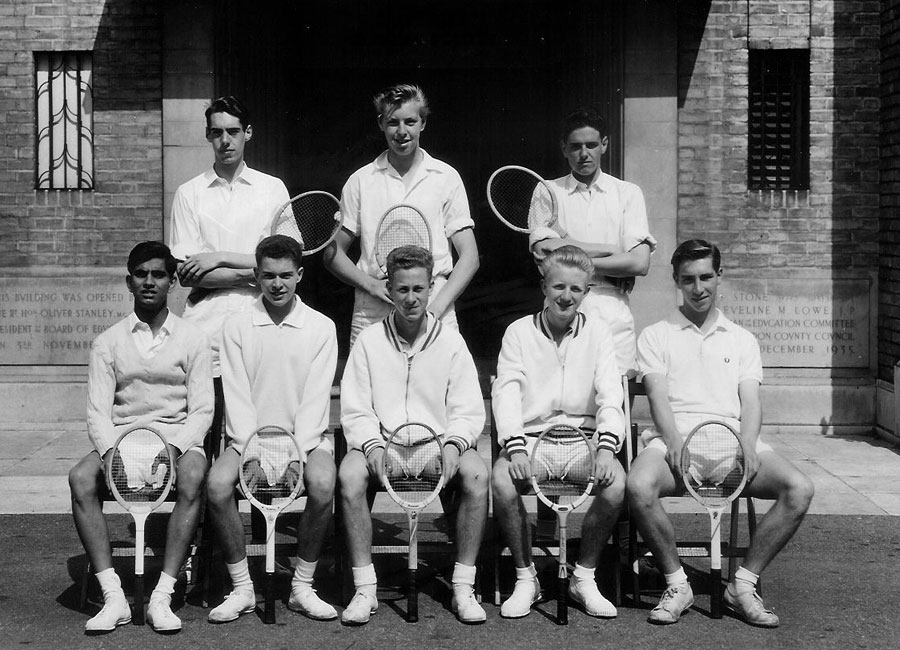 In April 1883 a move was made to build tennis courts in the grounds of the Moonee Ponds Institute on the corner of Mount Alexander Road and Pascoe Vale Road, but the section of prospective players believed that the courts should be near the Moonee Ponds railway station.

The Club membership was commenced officially on 1 May 1883 confined to tennis members only, an effort to interest bowlers in a combined club was abandoned. A site on lease from Mr Shuter was secured south of Puckle Street and east of the railway line. A full sized 100 ft x 43 ft court was laid down by the Shephard Tar Paving Co. at the cost of 78 Pounds and a suitable room built for 62 Pounds as part of a proposed pavilion.

The proposed building was designed by Ernest Baker, Architect and the supervision of the erection of pavilion done gratuitously. It was hoped to complete the scheme shortly after the first section was opened by the President. The first trophy played for and given by G W A Robinson was won by Ernest Shuter, the racquet for the lady winner went to Miss M Hetherington.The “Chas Shuter Newstead Trophies” were won by H G Luscombe and Miss Hetherington. The President Trophy given by Mr Brunton was won by Miss Alice Robertson and the men’s by W G Fraser. Membership fees were 2 guineas for men, half a guinea for ladies. Weather wrecked a concert conducted to raise funds, never the less 300 Pounds had been raised by debentures towards the 500 Pounds capital required.

At this stage 36 ladies and 41 gents were members and nominations still being received. In March 1885 it was decided to erect a bathroom and connect water and erect additional netting around courts. In April 1886 committee members – Mrs A M Cracken, Mrs T Brunton, Mr W B Nicholson, GWA Robinson, C J Taylor, Drs. Dickinson and Fishbourne purchased the leased area. In December 1886 a proposal was received from the Cricket Club to
amalgamate, and the committee while favourable, decided to leave it to the members.

In February 1887 the then Secretary, C S Shuter asked the Council for sufficient ground to erect a pavilion and tennis court at the Essendon Reserve. In March the Club already existing, applied for the area in the reserve and in April announced it was amalgamating with the Cricket Club.

In August, work at the cost of 282 pounds 10/- had been done to provide a tennis court, pavilion and flagpole. In 1936-37 the asphalt was replaced by 4 porous courts costing 520 Pounds, upkeep of courts for 12 months – 60 Pounds for first year, 30 Pounds for next 4 years. Membership Subscriptions at this time were then 2 Pounds 10/-, ladies 1 Pound 11/6. On 12 May 1937 the combined Club, Cricket, Bowling, Tennis, Croquet, Billiards, Baseball and Athletics celebrated its 50th Anniversary.

During the war years of 1939-45 of 70 members, 25 enlisted, 5 unfortunately did not return. The Club continued to thrive under the Secretary (for 30 years) Mr P McLean. Clubrooms being now under the pavilion, grandstand.1954 saw a new pavilion opened with entrance to Napier Street. Hard work was done by all the committees, general and social, to build this Clubhouse. The Clubhouse was officially opened by the Club President Dr C S Mallalieu, JP on 2 April 1955.

In 1971 an agreement was made to amalgamate with Aberfeldie Tennis Club at Clifton Park with a new pavilion and 4 more courts – bringing up to standard, 10 courts, making Essendon the largest in the northern suburbs. In July 1972 the Mayor Cr. J Davies opened the new complex.

The Club has now reached it’s 138th year and continues to thrive and do what is does best. Provide a venue for people to play and enjoy tennis.